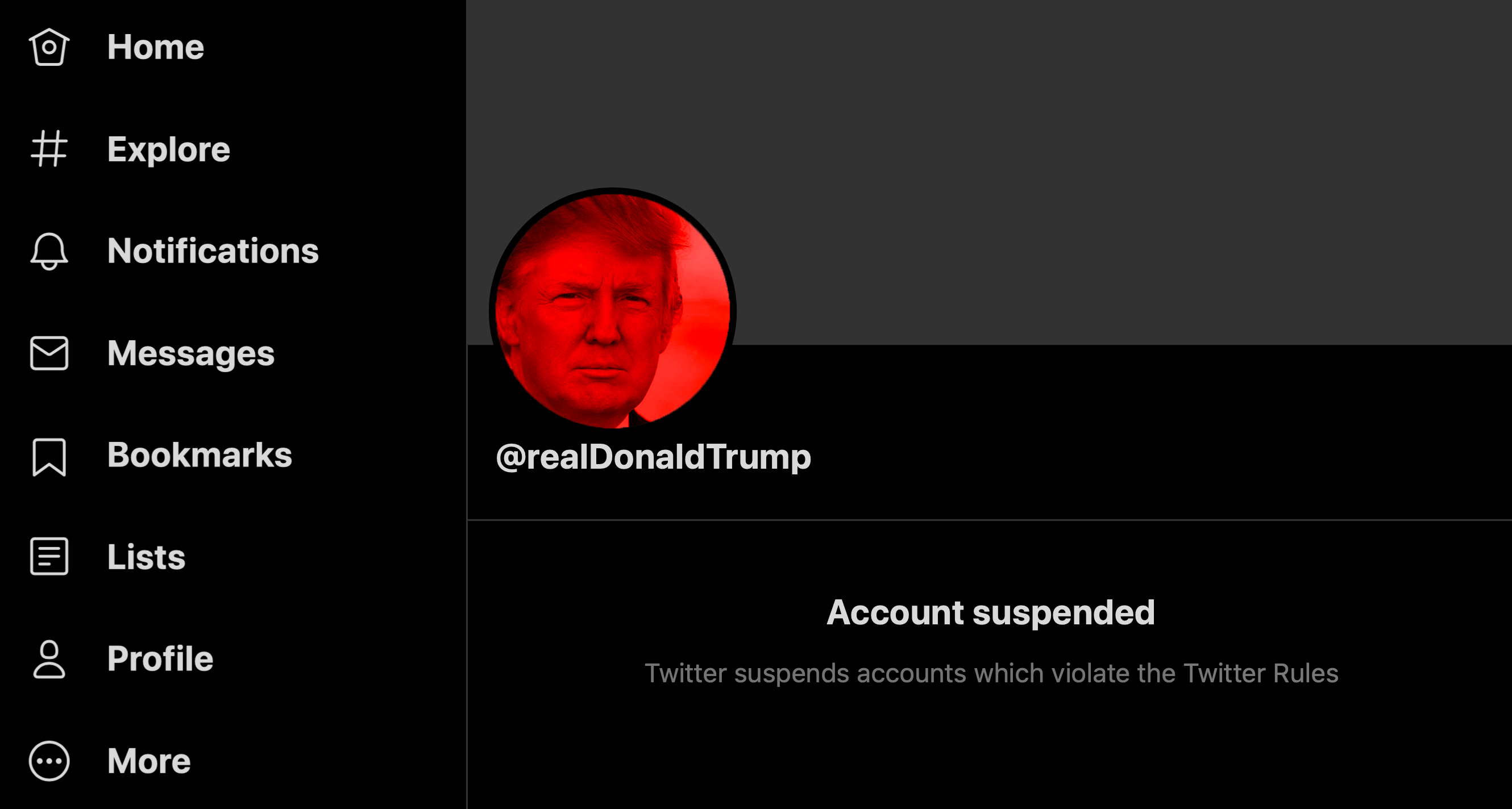 How to Finish Off Disinformation Online

Media manipulation is anything but new. While every technological invention offered new ways to manipulate public opinion, democracies seem to be particularly ill-equipped to counter disinformation in the digital age. What can be done to foster civil resilience to disinformation online in a world where big tech companies are seemingly almighty?

On January 8, Twitter CEO Jack Dorsey announced that the company would suspend President Donald Trump’s account with only 14 days of his term remaining after he had pumped abuse and false information into the public sphere for years. Facebook had issued a suspension of Trump’s account one day earlier, a decision that is currently being reviewed by Facebook’s independent oversight board.

Both companies cited an increasing risk of further incitement of violence as a reason to suspend Trump’s official accounts along with some of his extreme supporters. The global relief about vigorous platform action against misinformation was soon met with warnings against limiting free speech in democracies. German chancellor Angela Merkel was among the first world leaders to raise concerns about how private companies effectively limit freedom of speech.

The World of Today’s Media Manipulators

Although media manipulation and misinformation are anything but new, information and communication technologies (ICTs) have fundamentally changed our information ecosystem. After the Internet was at first hailed as a democratising and empowering technology, it became clear that ICTs do connect people. At the same time, they disconnect us from those with conflicting views. Historically, we think of propaganda as designed to convince people of specific untruths. Today’s media manipulation works differently: faced with an enormous amount of information, we are left disoriented and desperately struggling to separate truthful and false information.

The empowering features of the Internet further intensify the problem of sheer volume. Back in the 80s, publishing required a lot of money, while distribution required physical paper and even more money. Today, anyone with a personal computer and internet connection can create professional-looking documents and distribute them before their first cup of Earl Grey. We can access more information than ever. But a lot of that information tends to be less reliable. The Russian opposition politician and chess grandmaster Garry Kasparov observes that “the point of modern propaganda isn’t only to misinform or push an agenda; it is to exhaust your critical thinking to annihilate truth.”

Due to its “ubiquitous presence,” Collins dictionary named ‘fake news’ the word of the year 2017, causing its usage to increase by 365% within a year. However, the concept of ‘fake news’ remains vague. It includes information that is either completely false or only partially true. As an all-encompassing term for any sorts of media manipulation, ‘fake news’ gives the impression that all varieties of misinformation are simply part of everyday life. The broad label risks averting attention from the issue of strategic disinformation and may even serve as a disguise for discrediting critical opposition or justifying censorship.

Rather than mixing different terms under the cloak of fake news, we should differentiate misinformation or mistakes from disinformation or lies. Misinformation is factually incorrect but not deliberately designed to deceive. Disinformation, on the other hand, is understood as content that is intentionally produced to mislead others. Although no country appears to be immune to disinformation, some countries seem more resilient than others. Researchers at Zurich and Antwerp’s universities found that weak public broadcasting and populist communication decreases resistance to manipulated content, exacerbating societal polarisation.

How Finland has Finished Off Disinformation

Resilience to disinformation differs systematically across countries. The 2019 Media Literacy Index by the European Policies Initiative (EuPI) awards Finland first place among 35 countries. In the last parliamentary election, the Finnish government alerted voters about fake news using the slogan “Finland has the best elections in the world. Think about why.” But how exactly did Finland finish off disinformation online?

Finland has historically been alerted by its eastern neighbour’s propaganda strategies. In response to Russia’s annexation of Ukraine in 2014 and heightened external disinformation attempts, President Sauli Niinistö urged his citizens to take responsibility in the struggle against false information. In addition to big words, he launched a reform of the education system that focuses on critical thinking. Together with fact-checking agencies such as “Faktbaari”,  Finnish schools developed a digital literacy toolkit for pupils to navigate today’s information environment.

Finnish pupils are trained to become ‘digital detectives’ through exercises in spotting, consuming and producing fake news under professional guidance. Only then, the government argues, are they equipped to evaluate and differentiate information. In 2021, multi-platform information literacy and critical thinking are key components of Finnish school syllabi, from primary school onwards. An interdisciplinary approach, for example investigating manipulated statistics in maths or modified pictures in art lessons, is consistently applied by school staff across all subjects. This approach does not end with high school. In addition to advanced training for public servants, all ministries pursue a common strategy to educate Finnish citizens about disinformation through government campaigns and workshops.

Strategies to tackle disinformation should go beyond stimulating media literacy and critical thinking. The European Union (EU) has only recently reiterated the importance of correct and easily accessible information. Its self-regulatory code of practice on disinformation for online platforms remains purely voluntary. Even EU officials acknowledge that big tech company’s roadmaps lack details and prevent thorough analysis of overall trends. Furthermore, those reports solely rely on the platform’s own output indicators, making impact assessments almost impossible. Data provision to researchers remains episodic and arbitrary. A joint effort by platforms and other stakeholders to identify egregious purveyors of disinformation with indicators for media source trustworthiness is yet to surface.

In December 2020, the European Commission unveiled its updated legislative proposal on digital services under the Digital Services Act (DSA) and the Digital Markets Act (DMA). Even before the Member States and the European Parliament have entered their discussion on the legislative details under the ordinary legislative procedure, disagreements regarding oversight and enforcement call the legislation’s final scope and effectiveness into question. Similar to Australia’s current legal dispute with Google, the European exertion for regulatory laws offers nonetheless promising ways forward. But the regulatory struggle with private tech giants will take time.

For now, education on media literacy and critical thinking remain the sharpest sword to fight disinformation online. While this process will require time and commitment, there is simply no shortcut. Governments must support civil society actors in fact-checking and myth-busting to overcome structural biases by introducing explicit criteria for disinformation into the assessment and methodologies of companies, corporations and media outlets. In the long-term, we must build civic resilience to media manipulation through education and journalists’ training.

The Finnish education system, which combines fact-checking with critical thinking and voter literacy, presents a promising starting point for other countries to counter disinformation and preserve democracy. To truly finish off online disinformation, governments must require big tech companies to introduce explicit and transparent disinformation criteria that pave the way for business plans beyond virality and build greater civil resilience to media manipulation in the digital era.