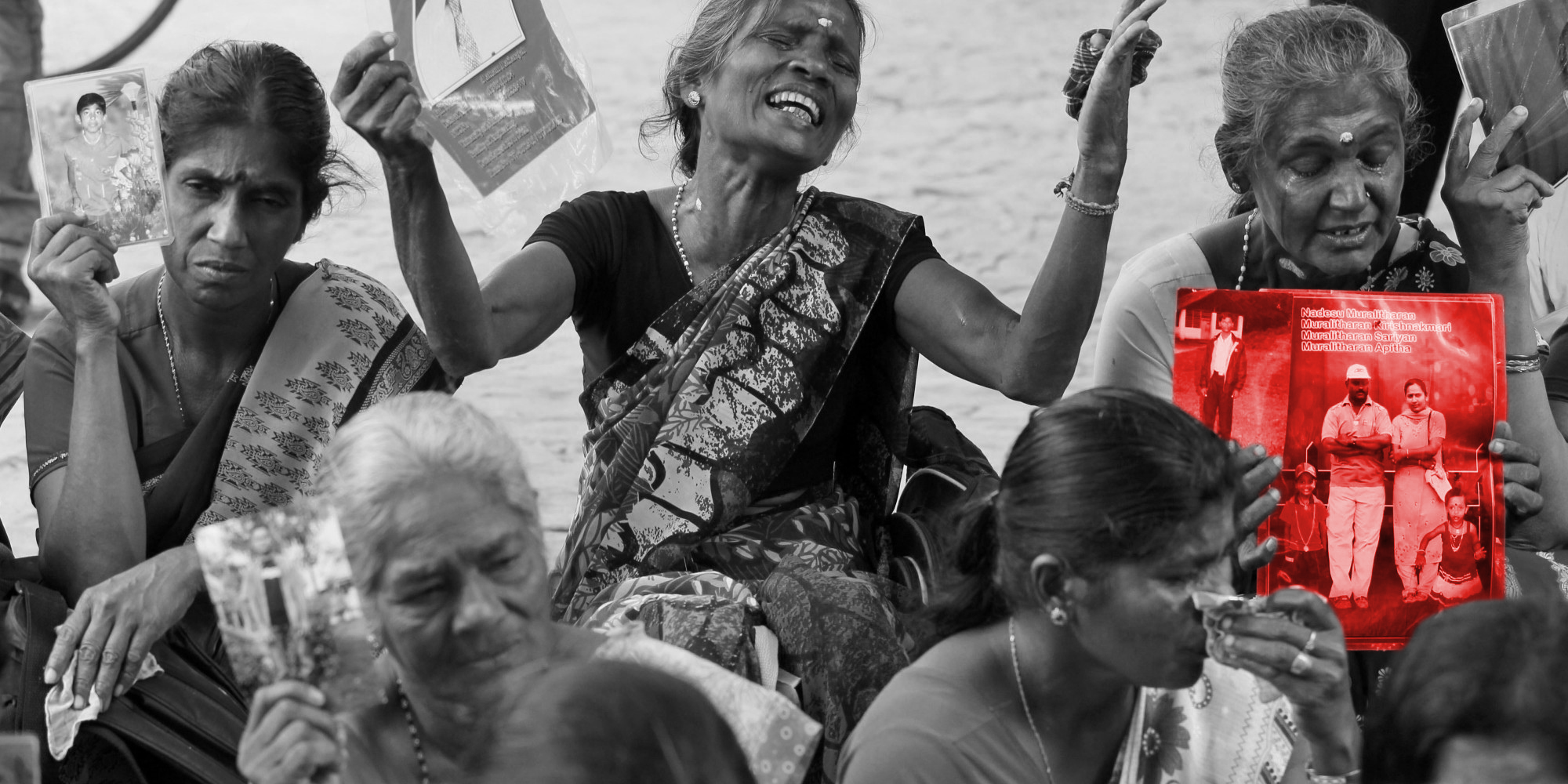 Rajapaksa’s Attack on the Right to Remember

While some who have lived through conflict spend years trying to forget, remembering is crucial in the process of healing from the trauma of conflict.

Memorialisation, a term referring to this act of remembering people or events, is an established form of transitional justice allowing for collective conversations about a painful past in post-conflict zones. When done right, it acts as a vessel for storytelling and forging community bonds. When done wrong, it drives groups of people further apart.

The latter is the case in Sri Lanka. While well-known genocide memorial sites in Berlin and Murambi (in Rwanda) have used memorialisation to promote a ‘never again’ narrative, the Sri Lankan government has maintained a policy of ‘never remember’. Since the civil war’s end in 2009 minority groups have had to learn time and time again: reconciliation is not an option.

The lack of transitional justice and meaningful peacebuilding leave many in the international community concerned about still-simmering ethinc tensions. And after twelve years of relative silence from the United Nations (UN), Sri Lanka is now high on the agenda at the 46th UN Human Rights Council session.

But first – how did it get to this?

Because of a long history of discrimination and violence perpetrated by the Sinhalese Buddhist majority in Sri Lanka, members of the Tamil minority group sought to create an independent state, Tamil Eelam, leading to the civil war lasting from 1983 until 2009.

In the twelve years since the end of the war, memorials for Tamil civilians can be counted on less than one hand. “Victory” memorials for Sinhala civilians and soldiers, however, are numerous.

Oppressive memorials in Tamil regions like the Puthukkudiyiruppu Victory Monument are symbols of the victor’s peace that has ensued since the government’s defeat of the Liberation Tigers of Tamil Eelam (LTTE). Sinhala narratives are constantly amplified – all at the expense of silenced Tamil voices.

This historical revisionism enables the government to deny the existence of ethnic conflict and instead fabricate its own story of victory over terrorism. By ignoring the complexity of the ethnic tensions and narrowly focussing on the LTTE, the Sri Lankan government maintains a monopoly on memory politics.

It is this lack of plurality in memory discourse which gives way to a shallow peacebuilding process, forcing victims to fight for their right to remember.

On January 9th 2021, the fight for victims’ right to remember reached a head at Jaffna University in the country’s north. Students began a hunger strike upon the government’s destruction of a memorial remembering the Tamil lives lost in the Mullivaikal massacre. The monument was only erected in 2019 under the previous president, Maithripala Sirisena.

Now, less than two years later, it has been demolished under the country’s current president, Gotabaya Rajapaksa. This is no coincidence – the current government condemned the structure as a memorial to “terrorists”, saying it glorified the LTTE fighters who were later defeated by the government at the end of the civil war in 2009.

The demolition of memorials is one of many tactics used by Rajapaksa to manipulate memory, resulting in diminishing avenues for public grieving and remembering for Tamil people. Since enjoying a landslide victory in the 2019 presidential election, Rajapaksa has banned the singing of the Tamil national anthem at official ceremonies, the commemoration of LTTE members on “Heroes’ Day”, and, just last month, the Tamil protests against Sri Lankan Independence Day. Losing the ability to be heard, tell stories, and document individual histories means losing the ability to collectively work through deep-seated issues.

All Eyes on Sri Lanka

Currently, the 46th Human Rights Council is in session until the 23 of March 2021. The council will deliberate the scathing report by Michelle Bachelet, the UN High Commissioner for Human Rights. At the end of January, Bachelet stressed that,

“the failure to deal with the past continues to have devastating effects on tens of thousands of family members from all communities who persist in seeking justice, reparations, and the truth about the fate of their loved ones.”

At this session, Bachelet will raise the issue of, “clear early warning signs of a deteriorating human rights situation and a significantly heightened risk of future violations.”

More than ever, all eyes are on Sri Lanka. Last month, #GenocideSriLanka trended on Twitter in Canada, France, and the U.K., with the Tamil diaspora leading the charge. This interest does not only come from activism – a recent travel interest in Sri Lanka, following a boom in the years after the war, has fuelled the tourism industry, with Sri Lanka being named the number one travel destination in 2019.

However, visiting the sites and museums in the country’s capital, Colombo, visitors would be hard-pressed to find any information on the civil war even now, twelve years on. The near absence of memorialisation runs deeper than just the victor’s right to remember. The government manages to manipulate the narrative at the expense of minorities, while also ensuring outsiders are unable to discover its existence.

This, coupled with the influence of travel blogs and guides that often eschew Jaffna and Tamil regions in their itinerary recommendations, ensures that the image of a peaceful Sri Lanka is preserved for both the victor and the visitor.

The virtual realm is where Rajapaksa’s reach ends. Initiatives such as Remember May 2009 and the Museum of Memory and Coexistence are creating virtual exhibitions centered on cultural pluralism and tolerance. Virtual exhibitions and documentaries such as Mother North Rising, Picturing Coexistence, and Rising Voices allow space for dialogue on ethnic tensions, the civil war, and remembrance. Much of the work done in the virtual world can lead the way for genuine memorialisation in the physical world when the government is willing to listen and learn.

That time must come sooner rather than later. With travel currently on hold due to the COVID-19 pandemic, Sri Lanka’s recent GDP growth has stagnated, and the outcome of the 46th UN Human Rights Council session could further this stagnation. If the Rajapaksa administration wants to encourage development, it needs to create genuine transitional justice starting with allowing for the memorialisation of all ethnic groups.

What’s in a Name?

This will be put to the test in May 2021. Formerly known as “Victor’s Day” under wartime president Mahinda Rajapaksa and changed to “Remembrance Day” under Sirisena, there has been much debate around the nomenclature of the civil war memorial day. However, the sentiment behind the change is shallow in the face of so much forgetting. It will require much more than maintaining a name to show that current president Gotobaya Rajapaksa is willing to engage in genuine peacebuilding. Had a meaningful transitional justice process occurred in the decade following the armed conflict, it’s unlikely Sri Lanka would be where it is today. Taking accountability for this failure is a valuable first step in resetting the narrative allowing for reconciliation.