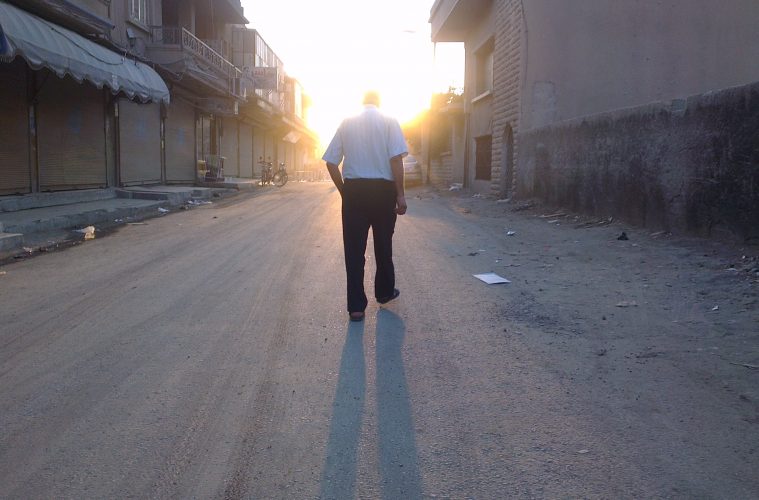 For Adnan Hadad, the Syrian war did not kill the dream of democracy that fuelled the protests in 2011. But like many others he wants justice for the crimes committed since then: “First we wanted freedom in a country where we were oppressed all day, but after 8 years of killing we want justice before that,” said Hadad, a journalist from Syria. “The least dignity you can give a mother, who has lost her son, is to tell her that he is dead.”

This year, March 15 marked the eighth anniversary of the Syrian uprising and of a conflict that has killed 500 000 Syrians and displaced twenty-four-times as many. Hadad reported on the ground for the Aleppo Media Centre and Radio Hara, both based in Aleppo. But in 2014, it became too dangerous and he left for Turkey.

When he talks about the country’s future, he remains realistic: “There is every evidence needed to incriminate the people who committed the crimes. But how do we do it?”

On March 7, a group of British lawyers filed a case on behalf of 28 Syrian refugees, who were subject to deportation from Syria to Jordan. Drawing upon a report by the Guernica Centre for International Justice, they urge the International Criminal Court (ICC) to investigate Bashar al-Assad for crimes against humanity. They are calling on Prosecutor Fatou Bensouda to open preliminary examinations in Syria, as was done in Myanmar in September 2018.

Like Syria, Myanmar is not a State Party to the ICC. But the Prosecutor currently examines the crime against humanity of forced deportation of the Rohingyas to Bangladesh. In September 2018, the ICC Pre-Trial Chamber confirmed the Prosecutor’s reasoning that, although the crime commenced in Myanmar, it was concluded on the territory of a State Party, namely Bangladesh. According to the Guernica group, the same logic could apply to Syria and Jordan, which joined the ICC in 2002.

But even if the Prosecutor decides to open preliminary examinations, the court’s jurisdiction still has to be triggered: Either the United Nations Security Council, or a State Party to the ICC or Syria itself would have to refer the situation to the ICC. Or, the Prosecutor would have to convince the Pre-Trial Chamber that the Myanmar-logic applies to Syria and that there is enough evidence to believe that the crimes committed in Syria fall under the court’s jurisdiction.

This means, the decision to investigate is left to the Pre-Trial Chamber and ultimately the Prosecutor. In March 2019, she visited Bangladesh and is now assessing the information available in the Rohingya case.

Shortly after the examinations were opened in Myanmar, Syrian journalist Mansour Omari asked in an article for the Syrian newspaper Enab Baladi, why the Prosecutor didn’t do the same for Syria. And six months later, she still hasn’t decided to do so.

For Salma Kowatli, Sciences Po student in human rights, who left Syria in 2013, the political situation in Syria and the Security Council contributes to this inactivity. “The ICC would take years first and wouldn’t carry on because of the political aspect,” said Kowatli. Because even if the Prosecutor decides to open preliminary examinations and the situation is triggered, the ICC still depends on the Syrian government’s willingness to extradite the accused.

The ICC does not try individuals unless they are present in the courtroom. Like the Sudanese President Omar al-Bashir, against whom two arrest-warrants were issued in 2009 and 2010, Assad could evade arrest for years.

Kowatli and Hadad agree that there can be no peace without justice. But the situation is a chicken-and-egg-problem. “Without peace there will be no justice, and without justice there will be no peace. So these two things have to happen at the same time,” said Hadad. Even if Assad appeared in court, many argue that a judgement would only be effective if he left his position, or put differently, if the conflict came to an end.

For justice, Kowatli prefers to rely on other mechanisms: “The ICC is dysfunctional but I believe in universal jurisdiction, it’s more realistic”. According to this principle, international crimes can be prosecuted by any state, for the reason that they harm the international community. A French court for instance convicted Pascal Simbikangwa, a former senior intelligence officer from Rwanda, for genocide and crimes against humanity in 2016.

Efforts to get hold of individuals with more senior levels in the regime are limited: Germany has issued an arrest-warrant against Jamil Hassan, head of the Syrian Airforce Intelligence, in June 2018, on charges of war crimes and crimes against humanity. But the difficulty to get him into custody is the same as for the ICC.

What matters for Hadad is the symbolic value of such a trial: “It’s never too early and it’s never too late to punish a criminal, especially a war criminal,” he said. For him an ICC trial would in any case speed up the transitional justice process, meaning judicial and non-judicial measures to account for human rights abuses.

To achieve this process, Hadad relies on local-level evidence of crimes committed. The Syrian Archive, a Syrian-led initiative, set up a network of citizen journalists and local search-and-rescue actors like the White Helmets, providing them with information and evidence.

And there are the 50 000 photographs of anti-government activist’s bodies, that military-photographer “Caesar” smuggled out of Syria in 2013. “If there is a way someday to prosecute those responsible, we could easily do it,” said Hadad.

Also, in 2016, the UN General Assembly created the International, Impartial and Independent Mechanism on international crimes committed in Syria. It builds cases against Syrian perpetrators to facilitate future prosecutions. In its work the Mechanism draws upon the Commission of Inquiry on Syria, which gathers evidence since 2011.

For Hadad this is key to achieve sustainable peace: “If you know that there is a transitional justice process with independent courts where those are prosecuted, who killed your son, then you might be willing to reconcile.” ♦

Martha Schillmöller is currently enrolled in the Master program Human Rights and Humanitarian Action at Sciences Po and the Freie Universität. 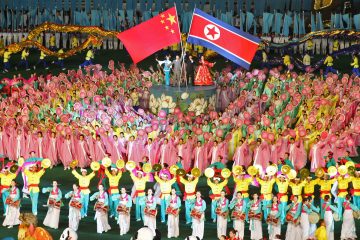 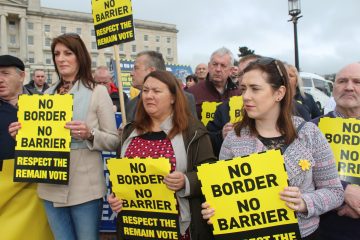 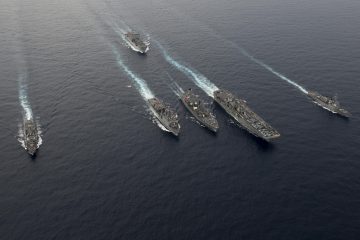 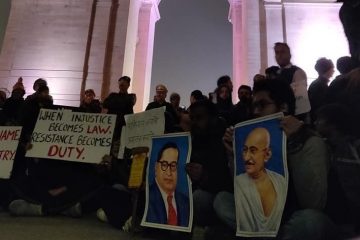 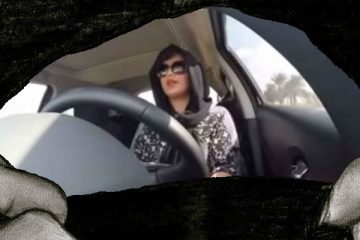